I fell in love with the Gaiety in the early eighties. I have wanted to get involved in shows there but I have two problems:
A) I can’t sing
B) I can’t dance

When you can neither sing nor dance that does put some serious restrictions on what you can hope to do in musicals or pantomimes! Prefer musicals to straight plays and I have never really outgrown pantomimes.

When I saw the photographs in the local press of the Gaiety, in connection with your request for readers memories, I was reminded of some booklets I used to sell about the history of the Gaiety at the theatre during the interval back in 1984. Seeing the photos instantly brought back memories of my association with the Gaiety in the eighties.

Later that year, and during the first few months of 1985, I would tear the tickets on the door and wash up at the upstairs coffee bar after the interval. I continued to work there (when the theatre was open) until the hours clashed with my main job at the Palace Hotel.

In 1986 I had the idea of doing some Christmas card designs for the Gaiety. I had already done some drawings of theatres which were taken from photographs from a book I had got from the old “Rural Library”. I showed these to the then manager of the Gaiety Mervin Russell Stokes MBE and he actually recognises some of the theatres I had drawn. At one time I wouldn’t have thought I would be very good at drawing something or somebody and catching a likeness.

I was involved in a 1983 production of “Paint Your Wagon”, they said they were very impressed even though I may not have been able to sing or dance as well as them.
Mervin set the project of me doing a couple of designs of the Gaiety which were taken from these booklets (which I would sell during the interval two years previously). But this would be a project that didn’t become an actual reality, sometimes we chase rainbows.

I have also included photos of Santa in a theatre which look similar to the interior of the Gaiety, even though the story behind it turned out to be another event. The Pantomime for 1986 was to be Mother Goose, it was produced by the Christine Wild Theatre School. I hoped the design could be included in the programme, but it looked a little too similar to the Gaiety, and the interior has a copyright on.

In 1984 when Douglas Carnival approached somebody thought of hiring a float to promote “Pyjama Tops” I think the person who had the idea was the then Gaiety manager Dougie Chapman. It was decided that the bus should be hired and people connected with the Gaiety should go on it and hand out flyers to promote the show.
The photos below were taken at Lord Street before the carnival started, I am on the far left waving at the camera. No one on the bus was actually in the show! The late country singer Clinton Ford can be seen on the main photograph. He is the white-haired man wearing a red top. Most of the ladies were the Vicky Price Dancers. They were sometimes involved in variety shows at the Gaiety. They were like rivals to the Christine Wild dancers. Anyway, it turned out to be a bit of a non-event because the bus broke down close to where the old “Villians Hotel” used to be! I remember one of the Vicky Price dancers sarcastically saying “Well, that was exciting”. Mervin was then second in command at the Gaiety and found the whole situation a bit embarrassing.

Drawings of the Theatres 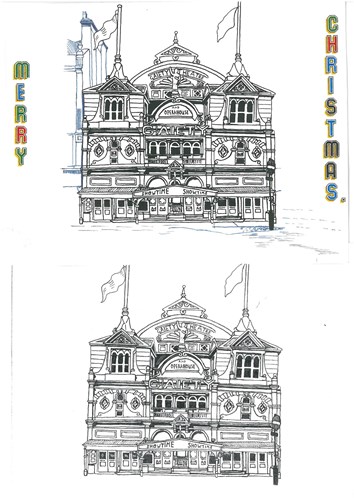 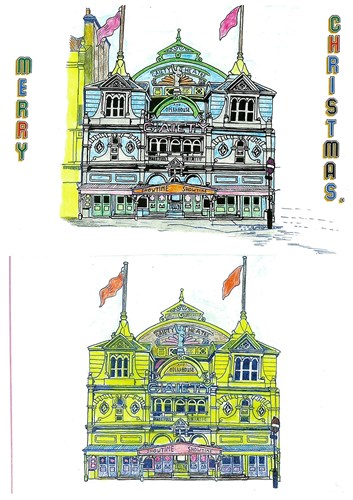 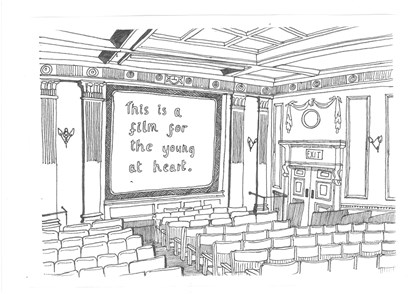 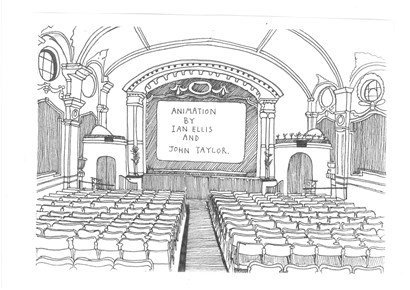 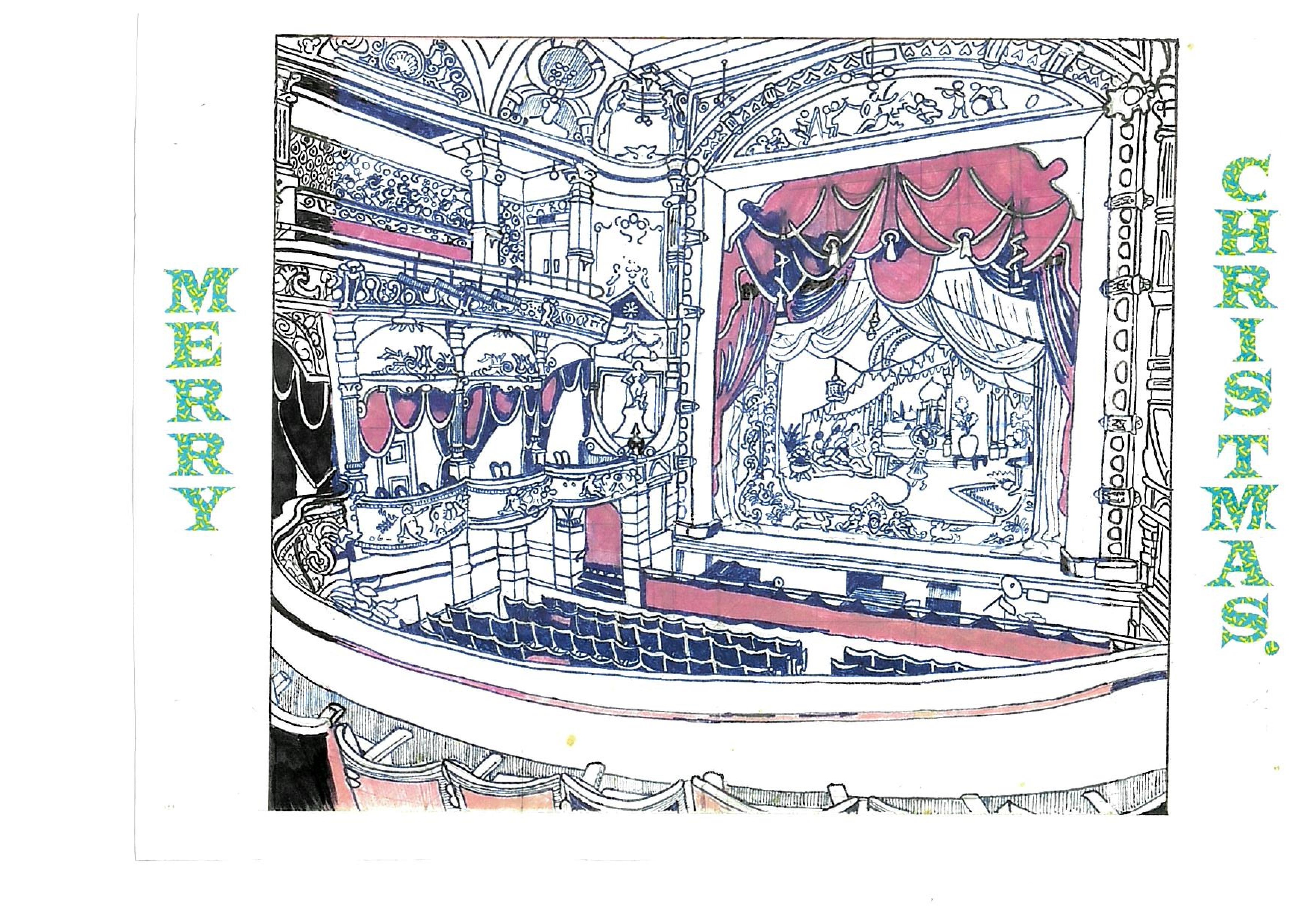 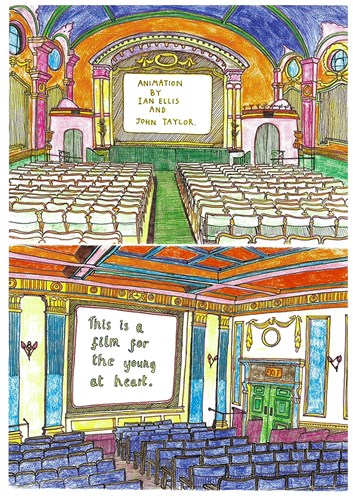 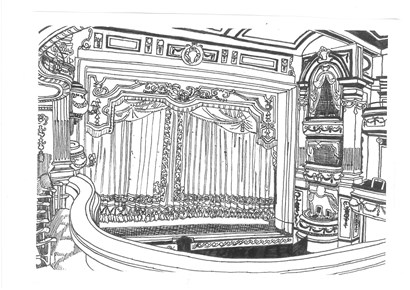 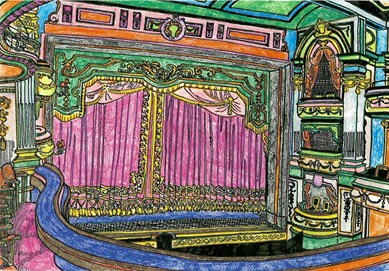 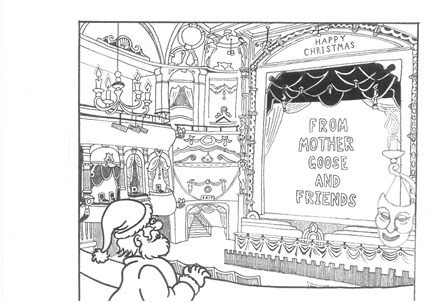 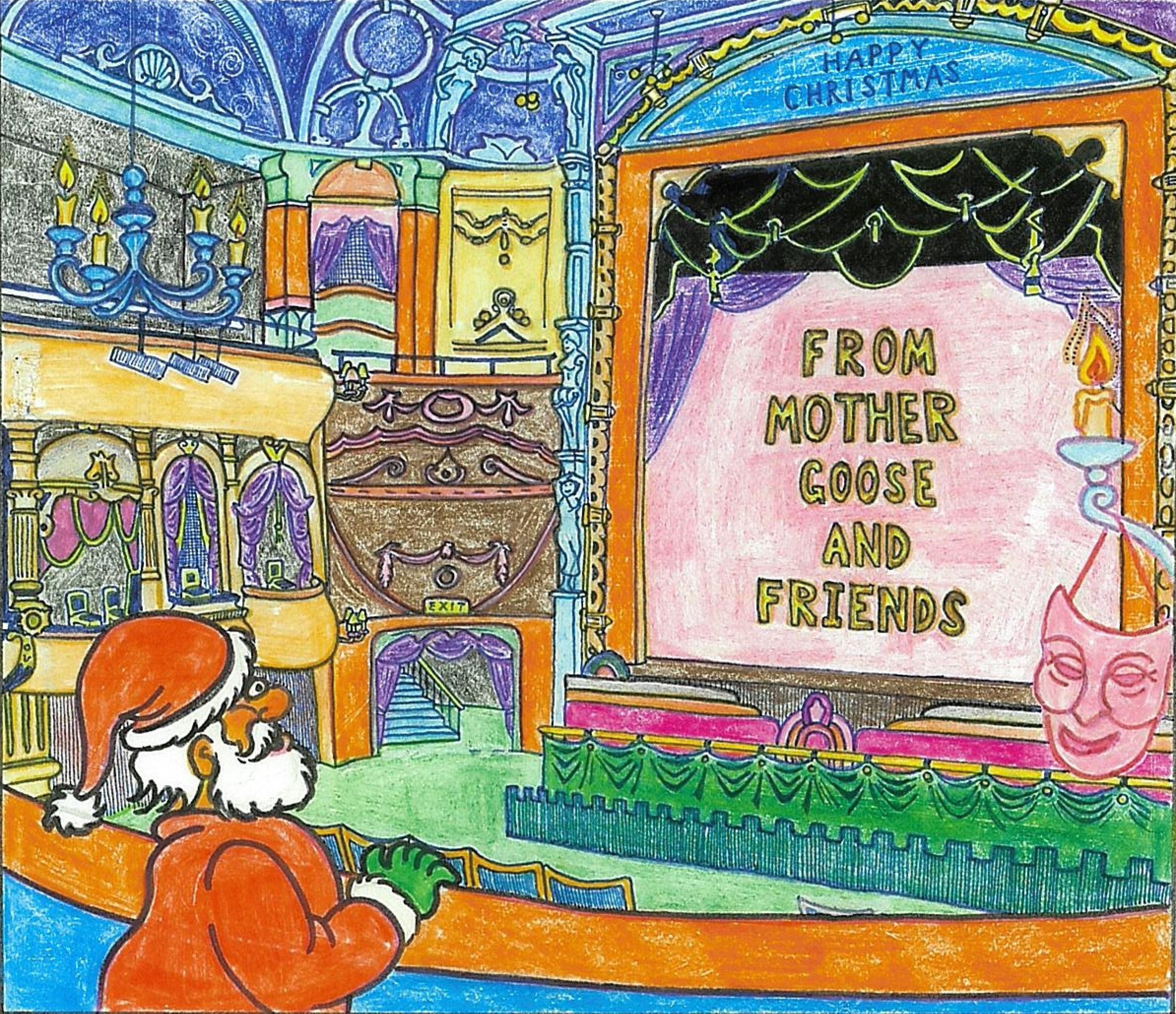 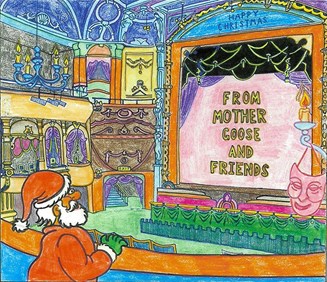 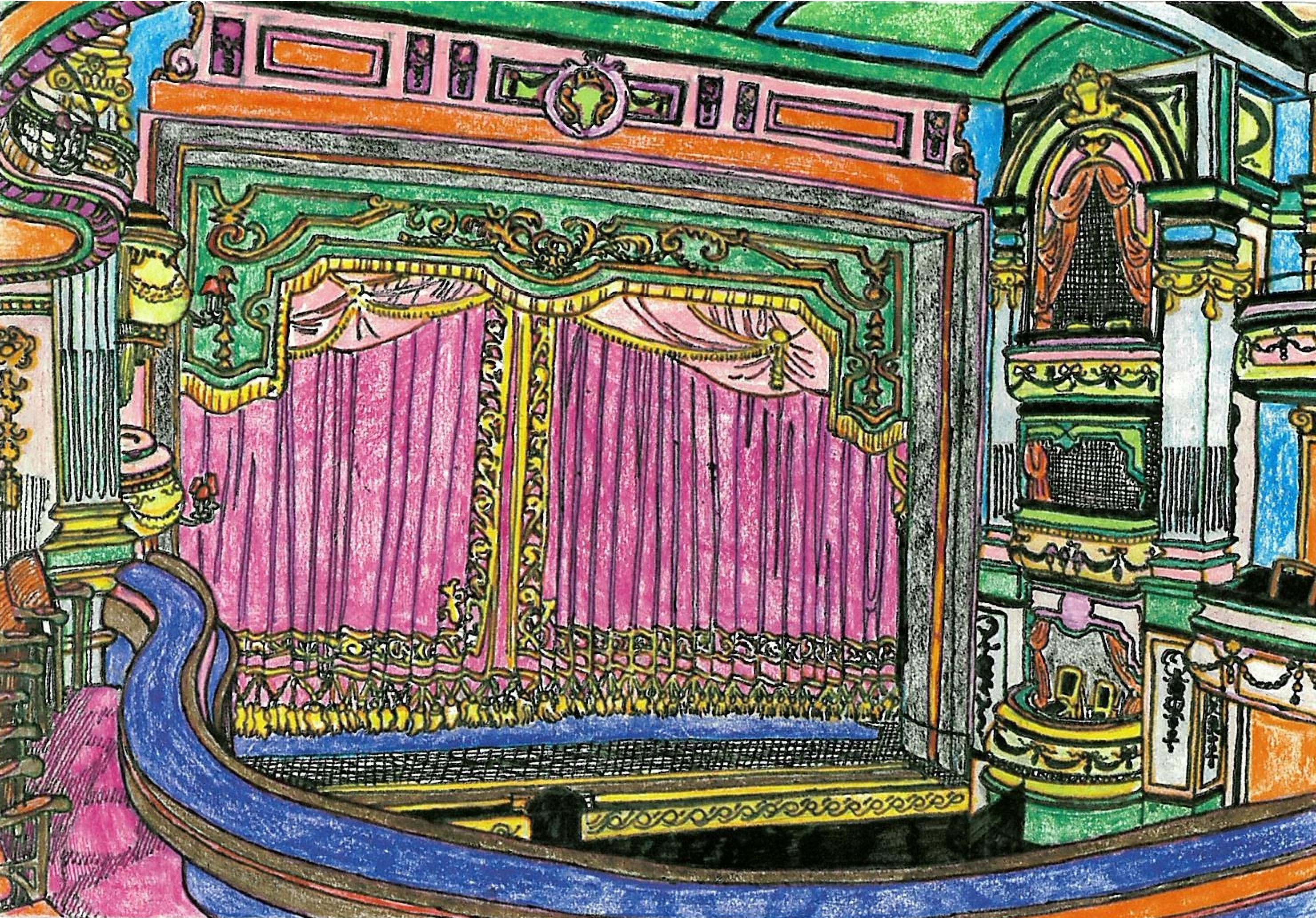 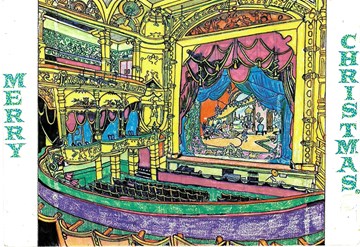 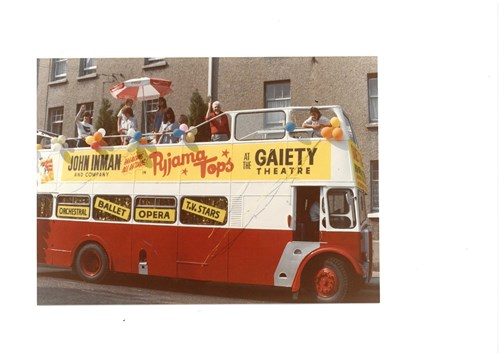 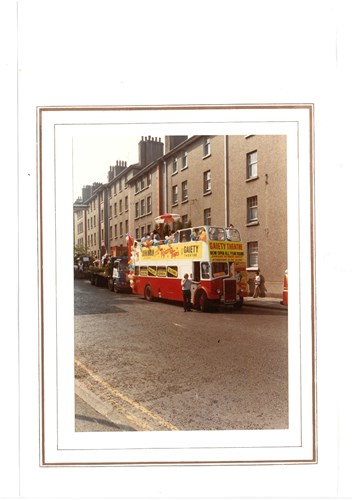