On this eve heralding the New Year of 2021, I write in loving memory of my late Mother, Joan Henry. This year, 2020, she would have achieved her Centenary and been so delighted to join in the excitement surrounding the Gaiety Theatre's 120 Year Celebrations! My original photograph of her, seen here with Mervin Stokes, has a an Isle of Man Newspaper cutting on the back, dated 1995. It reads: "HARD WORKING Friend of the Gaiety Joan Henry will adorn one of the Theatre's Boxes in recognition of her long service (because) her photograph now looks over the auditorium from Box D, next to the Lieutenant Governors Box." Mervin, Theatre Manager at the time, said "Joan organised the Friends pool of voluntary helpers for the best part of 10 years. She retired recently and we felt this was the best way to say thank you." In the article, my mother added "The theatre was my life and I miss it terribly, but arthritis has taken over." I remember well how she would organise duty Rosters for Friends to help the Gaiety, from taking tickets and showing people to their seats, selling ice-creams, knowing the Fire Drill to tidying up, for every Performance at the Gaiety. She hand wrote these Rotas and asked Friends if they were available by personally ringing them. Therefore; I feel she reflects the title of the Gaiety's first ever Production: 'The Telephone Girl'!

Backstage she was introduced to famous faces of guest Artistes, over the years, becoming friends with Molly Sugden and receiving flowers from Susan Hampshire. The highlight was meeting her hero, Stephane Grappelli when he played his violin at the Gaiety with the same passion she'd remembered from hearing him, via the Cat's Whisker Radio she made with my Grand Father, in her childhood!

I met my husband, Shane Lucas, at the Gaiety when he played the lead in 'The King and I" during 1987. We have both performed at the Theatre on many occasions, since, with a variety of Manx Societies and helped Front of House, as volunteers with the Friends. Our eldest son, Quentin, was almost born on the Gaiety stage, twice! Firstly; during my role as Shakespeare's (pregnant) Fairy, Mustardseed, in the All Island Play 'A Midsummer Night's Dream' in Spring 1997 and a month later, during a performance with the Friends of The Gaiety's popular 'Olde Thyme Music Hall' Show, just before his cue to make an entrance onto the world's stage! He has since trod the boards at the theatre on his own two feet, many times and was Stage Manager for a Gaiety Show aged a mere 21, for which he received praise from the eminent Mike Lean. Coincidentally; both Quentin and younger brother Cedric's first visits to the Gaiety were as newborns to see the same Show, almost 3 years apart, 'Joseph and the Amazing Technicolour Dreamcoat'! My mothers devotion to the Gaiety remains alive within our family today.

You can read about the Friends of the Gaiety on the theatre's website, from which I quote: "Their work ensures the Gaiety Theatre is preserved as one of the finest examples of a Victorian theatre in the British Isles and that Manx audiences can continue to enjoy performances there." Perhaps you would like to help them, maybe join as a Friend yourself? The Friends of the Gaiety, affectionately known as FOGIES, are my Mother's greatest Legacy and I'm writing this tribute as my way of thanking her, for helping to keep the Gaiety Theatre's curtains open for us all to enjoy the Performing Arts here, on her beloved Isle of Man. 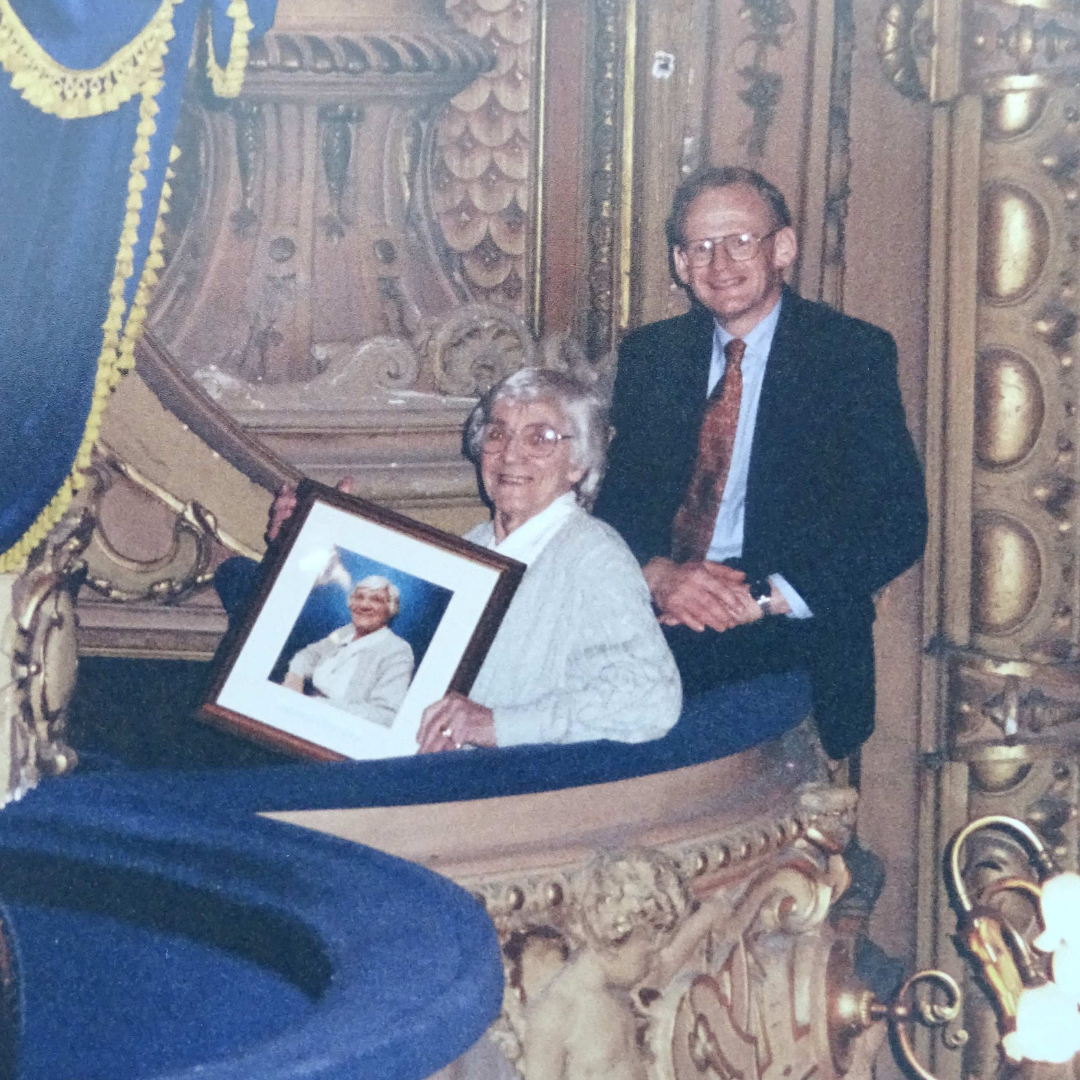