£42 (Must enter code to apply discount)

All prices inclusive of 2% booking fee.

Saturday 11th April 2020 Garden Suburb Theatre                                                                   “The Importance of Being Earnest” by Oscar Wilde
Additional Info: Content warning – None. Running Time – 2 hours excluding interval.
Synopsis: In a modernised version of the play, Jack Worthing discovers the complications that arise when you spend half your time pretending to be another person, in this case his irresponsible but entirely invented brother, Earnest. After a number of misunderstandings involving his friend Algernon, his girlfriend Gwendolen, and his foster daughter Cecily, all is put right by the rather surprising discovery of his origins.

Monday 13th April 2020 Abbots Langley Players                                                                        “The Children” by Lucy Kirkwood
Additional Info: Content warning - Contains some strong language. Running Time – 1 hour 40 minutes (with no interval).
Synopsis: Hazel and Robin, two retired nuclear scientists, live near the power station where they used to work. A disaster there has devastated the area and they live with radiation pollution. Hazel preserves some semblance of normality, but when Rose, a former colleague turns up, she disrupts their precariously ordered existence. Rose is determined that they must fix the problem they have caused for the next generation, even if it means certain death.

Synopsis: A Comedy about love, death and responsibility. For Hildy political activism comes easier than dealing with the disorder of her family life, her druggie son, her philandering soon to be ex-husband, her father misbehaving in a hugely expensive retirement home. Then there's Shirley, Hildy's charismatic mother, former pop star with a fondness for booze who sets up camp in Hildy's spare room to belittle her from close range. By day Hildy leads the City's cleaners in revolt against the bankers. But by night she dreams of unsettling acts of violence.

Suitable for all the family. Ticket Prices inclusive of 2% booking charge. 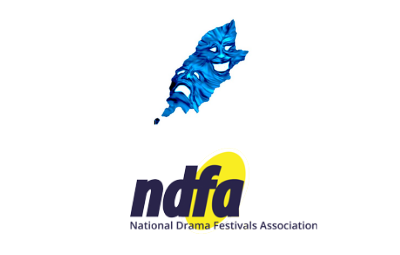 British All Winners Festival of Plays