Made in Mann presents Biskee Brisht live in the Prom Suite

VillaGaiety are delighted to welcome Biskee Brisht the to the Villa Marina’s Prom Suite on Friday 30th October, the second band to perform as part of our recently announced Made in Mann series!

Made in Mann gives local Manx bands the platform to showcase their talents by playing in the Island’s largest entertainment venue and illustrates the enormous amount of Manx music talent.

Join us for a Hop-Tu-Naa themed night full of frighteningly good music and dancing, get yourself in fancy dress and head down to the Villa Marina for a real party in the Prom Suite.

Biskee Brisht are an indie-folk-pop band taking influences from the island around them and creating something new and exciting, with infectious melodies and heartfelt love songs.

Biskee Brisht was put together by Ruby Biscoe-Taylor, pulling together friends and family to make memorable folk pop music with a sense of connection and place. ‘Biskee Brisht’ is Manx Gaelic for ‘Broken Biscuit’ and the songs, whether in English or Manx Gaelic, are proudly unrelentingly catchy.

The line up consists of Ruby on lead vocals and ukulele, David ‘Kin’ Kinley (of Tholtan Builders and Rhysical Pheck) on electric guitar, John Kaighin on accordion, Django Kinley on trumpet, James Kinley on trombone, Matt Brewster on bass/violin, Felipe Kowalczuk on percussion, and Danny Kneale often stepping in on drums.

With lively and energetic performances described as ‘exuberant’ and ‘colourful’, Biskee Brisht have become a popular live act on the island, performing at festivals such as Shennaghys Jiu, Dark Horse and Yn Chruinnaght. A great reception to their debut album has Biskee raring to tour and spread their sound, which is truly both Manx and modern, unique folk but approachable pop, cultural and highly listenable.

This is a free event, no tickets are required but capacity is limited to 250. Doors open at 7:30pm.

Kindly supported by the Isle of Man Arts Council

Made in Mann also presents: 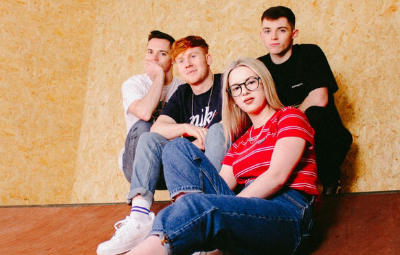 Made in Mann presents Voodoo Bandits 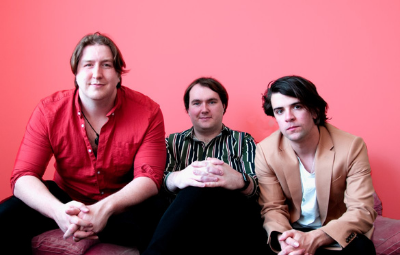 Made in Mann presents Sunset Jet